I want to do more complex arrangement stuff into the machine to stay creative before bounce to DAW. So if I have for ex. 12 different patterns and I want to change a hat or snare in all of the patterns…its impossible

I have to reprogram all. Or I want a new variation within 4 of these patterns.

I’m looking for a function to copy tracks from another pattern. This requires a new labeling of the tracks and possibilities to copy them from the internal data. If I copy a track to another pattern and edit the track, the track becomes a new track. A proper labeling shows me if there is a copied or edited track. See below my considerations. 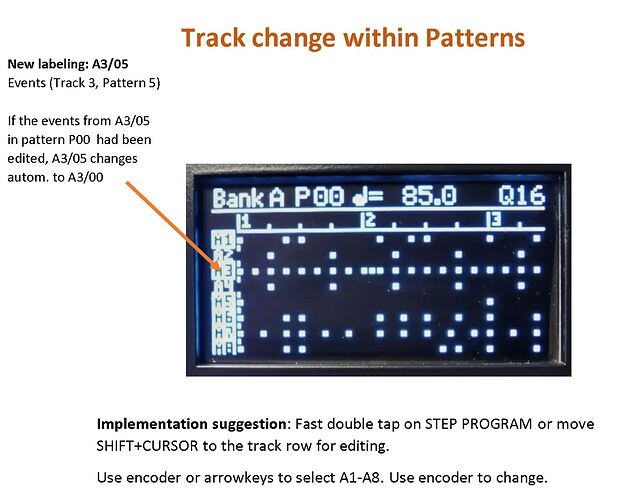 copying tracks would indeed be a huge feature.

I requested this a long time ago or suggested it be a possibility down the line as well. It would allow you to make tracks that seamlessly transition into another track more easily. At the time back in March/April when I was asked to be a beta tester there were still so many feature improvements to make and functions to add I figured it would be better to sort this later on after the sequencer had some changes and matured a bit. I hope it can be revisited.

I like to be able to copy tracks too, but the above seems too complicated. KIS! I don’t think it has any advantage to involve the step sequencer into the mix.

Why not simply do it this way:

Not to cut this conversation short, but copy/paste is coming. Not in the next bugfix update, but the one after that. Most of it is already coded and tested. I think you’ll like it.

My intention was to differentiate between trackevents. Made and new. Without copying or deleting a whole bunch of patterns. I like to sketch some basic arrangements dawless to stay more creativ. If I listend to this old Todd Terry and Kenny Dope SP joints there is this magic simplicity… 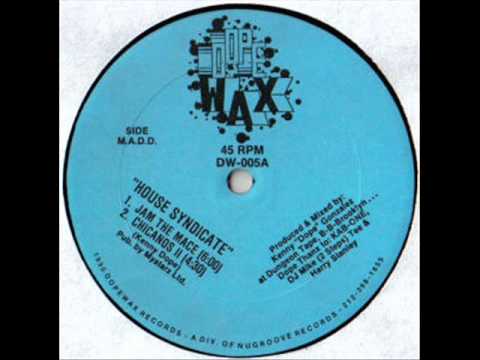