Loaded a sample (quite long, about a minute) on to C5, went to waveform edit, saved a smaller slice of it to a new pad (C4), went to add multi slices on the new pad, all fine. Went back to the original pad (C5) with the original sample, and it froze on this loading bar… 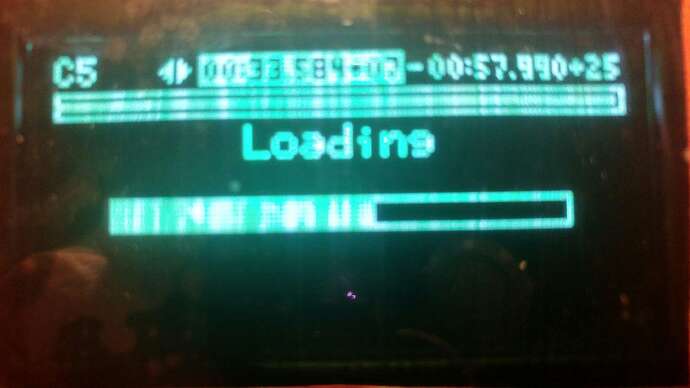 I’ve had a few random freezes recently. The first was after sampling into all 8 pads of all 4 banks and then going through them one by one to adjust and resample the sounds into my computer. I wasn’t making a track, but just recording each pad individually. It crashed when I was on #29 of 32 total, so I didn’t lose much, but still frustrating. Tonight, it crashed again after loading up some of the same samples onto 7 of the first bank of 8 pads. I was just setting up a 4 bar loop of various sounds and had been working on it for half an hour or so when it crashed. It was on a screen similar to yours and probably containing a similarly long sample that I had cropped.

Thanks for reporting. I think this crash is already fixed in our development version. Once the new update is out, please let us know if it happens again

I know it says fixed so assume it’s the same thing… But for the sake of adding that it’s replicable, this actually happens every time I do this, I just did it again by accident and same exact thing as above happened. Cheers

@kiddles Yes, that’s the bug. It is definitely fixed in-house, will be fixed in the next release. Thanks for reporting.