A few questions about track&sync with Reaper

I’d like to know if there are best practices concerning MIDI sync when recording separate outs.

I am a bit stuck with how to set MIDI clock properly on both sides. (Reaper and S2400)
My configuration now is Reaper master S2400 slave.

Below are the main settings in Reaper.
2) Should I care about the “Reset” part? All-notes-off and pitch/sustain on Play.
As you can see on the second capture, pressing play in Reaper send CC64 to the S2400. 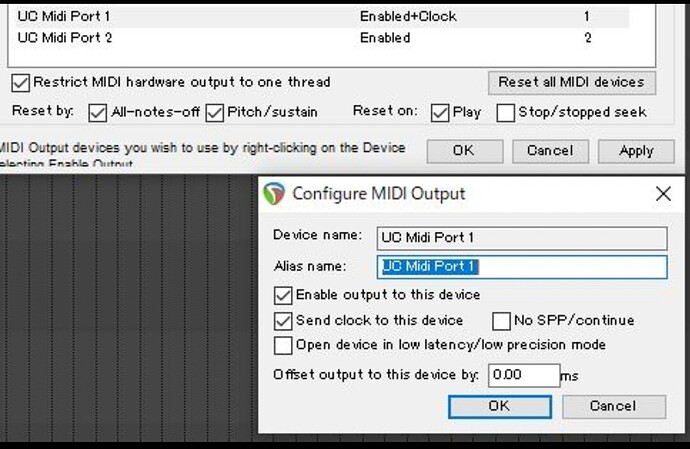 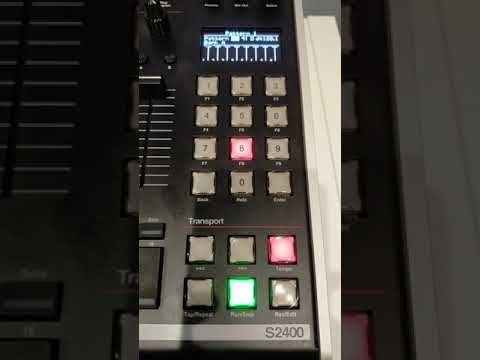 Otherwise, doing trial and errors made the S2400 freeze in MIDI monitor mode, song mode and main screen. The main cause seems to be pressing play in Reaper multiple times in a raw. Another cause is doing extreme tests like setting the bpm to 960 bpm in Reaper and see what happens for example.

My worklow until last year was syncing Reaper with my MPC as a master and Midi Time Code. It was rather straight forward. With the ability to copy a song to sequence now in the S2400, it has come close to this workflow. A few things to tweak on my setup and it’s good