Do you think this would be possible on the S2400?

I’m thinking it should be, since it has a twin-knob above each fader/pad for cutoff/resonance, and Isla is working on Env now.

This is something my MPC60 nor S950 could never do. (MPC60, no filters nor envelope… and the S950, filter and knob tweaks not fast/instant enough). 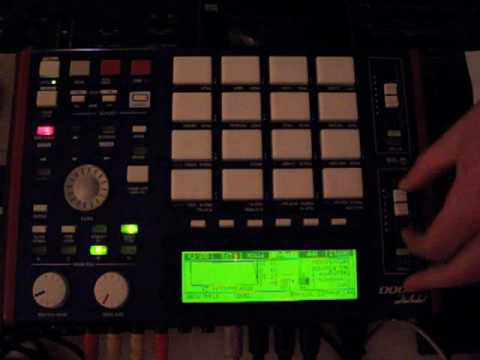 I admire this persons perseverance, the thought of that many clicks and dial turns to get some TB like sounds makes my shudder. I do think that there are plenty of other cool uses for filter+envelopes that this video can demonstrate, but when a Behringer TD3 is ~150 bucks it seems like that is the path of least resistance.

With the envelopes and perchannel filters seems like you could at least get somewhere in this ballpark for sure. I think the filter expansion board may even allow a really nice analog filter to do the filtering…

I think the magic might exist somewhere between the S2400 clock out and a TD-3 sequence with a few basic mods made to the filter cutoff and accent behavior.

Yeah, didn’t even think about TD3’s super cheap price, lol. But it’d still be neat to get acid from the S2400 with samples.

For me, I never really use/need 303 acid lines enough for me to buy it… but it’s something I’ve always liked/wanted, but just to mess with.

I actually DMd with Alex Ball, and he told me it’s totally doable and he’s already sampled chromatic notes into it from his 303, haha. He said just add some distortion fx.

What I really wanna hear are some nice, atmospheric, filtered and sweeped pads and stabs on the S2400 with the new upcoming envelopes.

The RE303 is basically a duplicate so it makes sense. I’ve heard the TD3 get extremely close. I was actually surprised because the MS-1 wasn’t close to the SH101 at all imo. I had them side by side and with the B clones it’s often in the upper registers where the difference really stands out.

I got one of the first blue ones to hit the US and maybe firmware updates changed the noise and resonance levels at higher frequencies but it was totally off from my SH101 the portamento didn’t work correctly either though I understand that firmware has fixed that. I don’t know how the resonance and noise issue are now though. It was built nicely though and I thought it was good otherwise. But the high notes weren’t the same for me. The Pro 1 and Boog D are far closer.

There is also a whole thread on gearslutz about how far off it was. I sent mine back over a year ago so I can’t say where it is now. But it is the only synth I have ever sent back to sweetwater for being unsatisfactory.