Something rolling around inside my S2400

I picked my unit up to move it and heard something rolling around inside. Could it be a screw or something that may have come out? Could it be potentially harmful? If so what do I do about it? Thanks

If it were my S2400 I would open and try and get that out. I dont know what the official Isla stance is and do not speak for them, but you dont want that to be something metallic that can short something out. you should be able to just take off one side to make it happen.

just be careful that you use the right tool and match the size perfectly to unscrew the sides, some of us have had over tightened and / or badly fitted pins which obviously creates its own issue when the end user tries to remove

I had the same thing happen when the unit showed up. I took the side off and a tiny black screw rolled out. None of the buttons, knobs, faders seemed loose so I put it aside just in case but I assumed it was just an extra that had been left inside during production.

See, I tried to loosen the screws to stop my units wobble and was struggling with those screws and didn’t want to damage them so I stopped messing with them and just shimmed the feet. So I’m kind of hesitant to try to open the machine for fear of messing up the screw heads.

You need a T10 hex screwdriver (or bit) to remove the metal side screws. We have no problem with you popping the side off.

I got the screw that was rolling around out. I’m just hoping that it is an extra screw and not something that’s come loose

After removing the screw, about a week or so later I now have another one rolling around inside. It seems a bit unlikely that there would be 2 extra screws inside my unit. I hope it is something that won’t affect my machine however two missing screws seems like two too many.

Can you post a picture of the screws? Maybe it will help the team identify what they could have come from. 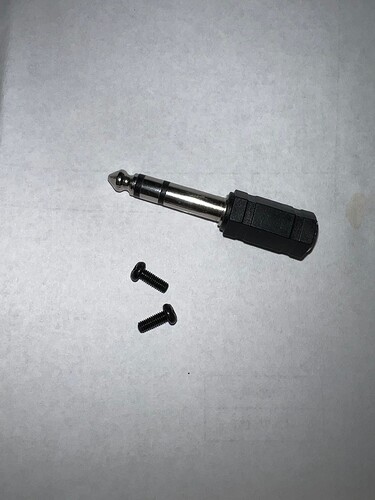 They are board screws that hold the U/I, Output and A/E boards in place. Feel free to open up the machine to see if there are in fact any screws missing from any of them.

Is there a preferred order of operations to opening the machine? I’ve thought about opening mine just because I like doing that sort of thing but I’m nervous to try without seeing the best way to do it. I’ve taken off a side and had a peek but that’s about as far as I felt comfortable going without any guidance.

I am a bit apprehensive to go beyond removing the side panel without some guidance.

Be extra careful when removing/installing the four screws on top of the rear panel. The metal case overlaps there, but has no support inside for the top panel to rest on. It will fall when that last screw is removed, potentially scratching up the paint somewhere or damaging something on a circuit board. Might not hurt to have someone help hold/line it up.

Also, be mindful of wire harnesses that attach to more than one board when pulling the larger case pieces apart